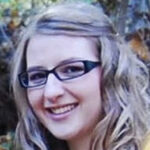 Congratulations to the CCCOER on its 10th anniversary! It was only a few years ago that I first learned about open education and became involved with CCCOER, but I have been able to witness a large growth in the community and its impact since then. As a relative newcomer to the world of open, the CCCOER helped me jump headfirst into learning everything I could to bring myself up to speed through its webinars, website resources, and by serving as a connection point for its amazing community of open practitioners who are a constant source of support and inspiration.

Since then, I’ve assisted with various open projects here at Lord Fairfax Community College (LFCC), including the creation of Knowledge to Work, a search engine and learning portal connecting OER to competency frameworks and working toward the creation of our first OER degree. I’ve also had the honor of serving on the CCCOER’s Executive Council for the past two years and it has been such a pleasure to be able to give back to this community that has provided me so much support. I look forward to seeing the further growth of CCCOER and the open education movement over the next 10 years.